We would like to offer our sincere support to anyone coping with grief. Enter your email below for our complimentary daily grief messages. Messages run for up to one year and you can stop at any time. Your email will not be used for any other purpose.

Share a memory
Obituary & Services
Tribute Wall
Read more about the life story of Eric and share your memory.

Eric Manuel Shriner, 58, was born on Friday the 13th of November 1964, in Carlisle, PA, and he passed away Thursday January 12, 2023. He graduated from Big Spring High School in 1982, and served 6 years in the Navy on the submarine, the USS Albuquerque as a fire controls technician. He worked for Giant/Aholddelhaize for 31 years, literally starting in the mail room and moving up to Director of information Security.

He was a singer and musician, a fisherman, a woodworker, a Civil War enthusiast and an avid football fan. One of his greatest joys was working with the youth of the Plainfield First Church of God as a mentor, teacher and friend. He had a passion for life and an innate ability to make people smile and laugh.

Eric is survived by his wife of 30 years, Carolyn (Felix), and their children Meredith, Andrew and William Shriner. He was the son of Fred and the late Lucille (Reese) Shriner, and brother to Gretchen Morrison, Karen Shriner and her friend Denise McCabe, Nick Shriner and his wife Suzanne. He is also survived by his nephew Grant Morrison, wife Katie and their children Wesley and Reese; nephew Hans Shriner and nieces Mary and Sophia Shriner. His family meant everything to him, and he will be sadly missed by all who knew him.

He was predeceased by his nephew Derek Morrison, and his best friend and brother-in-law, Steve Morrison.

In lieu of flowers please make your donation to the Plainfield First Church of God, 2089 Newville RD., Plainfield, PA 17081.

A memorial will be planned at the convenience of the family.

To send flowers to the family or plant a tree in memory of Eric Manuel Shriner, please visit our floral store. 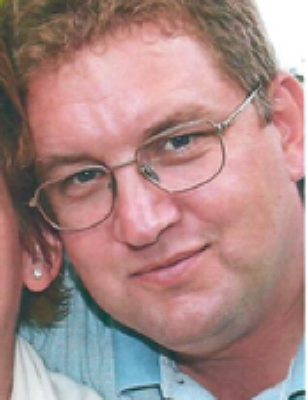 In Loving Memory Of

Look inside to read what others
have shared
Family and friends are coming together online to create a special keepsake. Every memory left on the online obituary will be automatically included in the book.

In Loving Memory Of

Look inside to read what others have shared

Family and friends are coming together online to create a special keepsake. Every memory left on the online obituary will be automatically included in the book.

You can still show your support by sending flowers directly to the family, or by planting a memorial tree in the memory of Eric Manuel Shriner
SHARE OBITUARY
© 2023 Egger Funeral Home, Inc.. All Rights Reserved. Funeral Home website by CFS & TA | Terms of Use | Privacy Policy | Accessibility